Combine harvesters can be expensive, especially if purchased new. New combines can cost anywhere between $330,000 and $500,000 without add-ons (Source).

For this reason, many farmers opt to purchase a used combine to save money. Just like buying a used car, a used combine can be just as reliable and useful as a new combine, depending on what you buy.

Used combine prices vary depending on multiple factors, such as machine hours and model year. To give you a better idea of how much a used combine costs to buy in 2020, we looked at hundreds of combines currently listed for sale. Here’s what we found…

Since new combines are so expensive, many farmers choose to buy used. With such a large used combine market, there are a lot of options to choose from.

Some combines are in like-new condition while others are old with high engine hours. Additionally, combines may have add-ons and extra features which can influence the price. Because of all these factors, used combine prices are widespread.

Since this is such a huge gap in price, we’ve created a visual representation to give you a better idea of how much used combines cost based on 2 factors: total engine hours and model year.

Since producing their first combine harvester in 1927, John Deere has become a leading manufacturer of harvesting equipment and a popular choice among farmers.

The average price of a John Deere is slightly higher than the average used combine price according to our observations.

Case IH is a popular combine manufacturer with a strong presence across the U.S. They’re known for their “Axial-Flow” combines.

Similar to John Deere, Case IH’s average combine price is slightly above the average of $122,200 for a used combine.

New Holland is known for their “Twin Rotor” design, which was developed in the year 1975. Since then, New Holland has improved the design and become a popular choice among farmers.

Massey Ferguson introduced and manufactured the first self-propelled combine in 1938 and has continued to innovate their design throughout the years.

The average price of a used Massey Ferguson combine is slightly lower than average based on combines currently for sale. 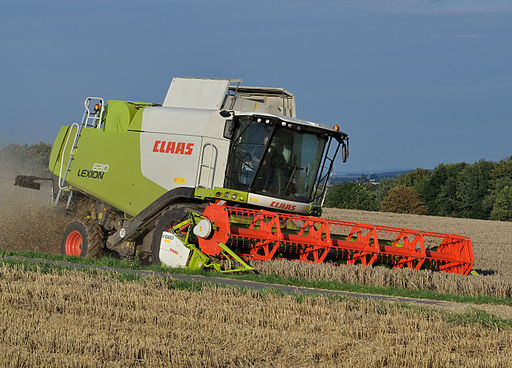 Ever since CLAAS started producing combines in the United States, originally in partnership with Caterpillar, they have grown in popularity.

This sets the average price of a CLAAS combine significantly higher than the average of $122,200 based on our data. CLAAS also had the highest-priced used combine currently for sale in our list. 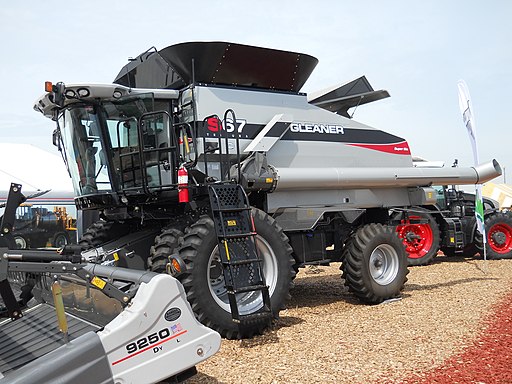 Gleaner, which is owned by AGCO, has been producing combines since 1923. They’re known for their transverse rotary combines.

The average price of a Gleaner combine is significantly lower than the average used combine price based on our observations.